Among revolutionary rock albums, Van Halen's debut often gets short shrift. It’s an album that doesn't seem contrived, but it's also a great work of art because it's an effortless, guileless expression of what the band is all about. The band did get better, tighter, over the years, but everything was in place here, from the robotic pulse of Michael Anthony and Alex Van Halen, to the gonzo shtick of David Lee Roth to the astonishing guitar of Eddie Van Halen.

Sheer visceral force is one thing, but originality is another, and the still-amazing thing about Van Halen is how it sounds like it has no fathers. Plenty other bands followed this template in the '80s, but like all great originals Van Halen doesn't seem to belong to the past and it still sounds like little else, despite generations of copycats. Listen to how "Runnin' With The Devil" opens the record with its mammoth, confident riff and realize that there was no other band that sounded this way.

Everything about Van Halen is oversized: the rhythms are primal, often simple, but that gives Dave and Eddie room to run wild, and they do. This album belongs to Eddie. There was nothing, nothing like his furious flurry of notes on his solos, showcased on "Eruption", a startling fanfare for his gifts. He makes sounds that were unimagined before this album, and they still sound nearly inconceivable.

The tracks are true blue, bone-crunching rockers, not just great riffs but full-fledged anthems, like "Jamie's Cryin'", "Atomic Punk", and "Ain't Talkin' Bout Love", songs that changed rock & roll and still are monolithic slabs of rock to this day.

The album still sounds vital, surprising, and ultimately fun. No other band rocked like this before Van Halen, and it's still a giddy thrill to hear them discover a new way to rock on this stellar, seminal debut.

Check out the singles: “You Really Got Me”; “Runnin’ With The Devil”; “Jamie’s Cryin’” 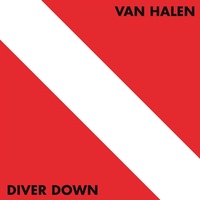