Following the huge success of the single "Born Slippy .NUXX" from its use in the film Trainspotting, Beaucoup Fish was Underworld's most anticipated release. It spawned several successful singles, including "Push Upstairs", "Jumbo" and "Moaner", which was previously used in the film Batman & Robin.

This was the last studio album to feature Darren Emerson, who departed in 2001, and the third album by the techno/house orientated version of Underworld which became active in about 1991/1992 (tracks were being released around this time under the names Lemon Interrupt and Underworld).

The album was well received by music critics and remains their best-selling album to date, reaching #3 on the UK albums charts.

This double album 2LP record set is a 2017 reissue on 180 gram black vinyl housed in a gatefold sleeve with digital download code, pressed in Europe via Universal Music. 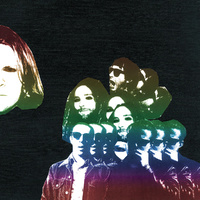