Before Blue Neighbourhood was even released, Sivan was a star. One of the most popular YouTubers from Australia, he began a very savvy - and millennial - rollout campaign for his first album. Relying on his army of social media followers, he released a trio of heartbreaking videos and a preview EP (Wild) to test the waters.

The response was positive, to say the least, with Taylor Swift and Sam Smith preaching the Gospel of Troye. That hype is warranted.

Blue Neighbourhood builds off of the smooth, sultry vibe of Wild (the six songs from that EP are all included here on the deluxe version of the album), creating a tight snapshot of Sivan's experiences with love, youth, and yearning. Despite his age - he turned 20 just six months before the album's release - his voice is sultry and effortless, wounded and breathless.

This is polished pop for a post-Lorde world: the beats subtly throb and the production is icy cool. While guest turns by pals across the Tasman Sea (New Zealand's Broods on "Ease") and a fellow countryman (rapper Allday on "For Him") add some zest to the album, the biggest collaboration is found on album centrepiece "Heaven", which features guest vocals by Betty Who, and was written with Jack Antonoff (Bleachers, Fun) and Claire Boucher (known to most as Grimes).

In the narrative of the album - written from his own perspective as a young gay man growing up in a sheltered Jewish community in Perth - it's the most poignant confession here: about his struggle to come out at the age of 14 and the potential fallout with family and faith.

Similar simultaneous heartbreak and affirmation themes abound throughout Blue Neighbourhood, and it's a sparkling, triumphant experience. On album closer "Suburbia", Sivan paints a bittersweet picture that most listeners will be familiar with: mundane scenes from his childhood neighbourhood, the same one that made him who he is, but ultimately the one that he'll leave for better things.

Already at his young age he's grown too big for his surroundings. It's exciting to hear someone so young and confident on the cusp of greatness. 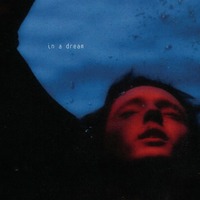