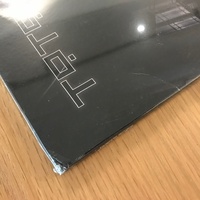 The album Toto XIV marks the return of Joseph Williams on lead vocals, Steve Porcaro on keyboards, and David Hungate on bass. Toto XIV is the first album with Keith Carlock on drums, replacing Simon Phillips, the longstanding successor to original drummer Jeff Porcaro who died in 1992. It is also the first studio album since 1982's Toto IV not to feature longtime bassist Mike Porcaro, who died 5 days before the release of the album due to complications from ALS.

Toto XIV is the first album of new material since the 2006 album Falling In Between. The band  personally considers the new album to be the true follow-up to Toto IV, which made the band global superstars.

Keyboardist Steve Porcaro reveals, "This is opposite of going through the motions. We are treating this like it is Toto V, our follow-up to Toto IV. We just want to be the best version of ourselves that we can be. Be true to ourselves and make the best music we can. Entertain people which is what we were put on this Earth for." Keyboardist David Paich reflects, "I think of Toto as a unit and a band that carries a responsibility when it goes out there in to the public consciousness. There is so much negativity and darkness that I think you have to be as Quincy Jones puts it, 'beams of light that blast through the darkness'".

Guitarist Steve "Luke" Lukather offers, "When you put us in a room, and everybody brings in their pieces, the next thing you know it all fits together. Everybody's performances are top
notch. We are really bringing our best out, forcing ourselves to make personal best choices, what's best for the music. I'm really excited to hear what people think." Singer Joseph Williams adds, "We are talking about a band where everybody is a writer, and everybody is a lead singer, and everybody is a player. All involved brought this trio to the table where it could just live on its own."

Founding bassist David Hungate returns to the fold, about whom Luke simply offers, "No one plays like David Hungate." Michael McDonald contributes backing vocals to a number of tracks on the album.

Check out a couple of tracks from the album:  Orphan, Holy War and Burn and a video about the making of the album.

Classic Rock's year-end summary review raved about the album "...its consummate mix of progressive rock, jazz, pop, soul and blues set the connoisseurs drooling. On standout track Great Expectations, a cinematic masterpiece full of verve and virtuosity, the veterans were at the top of their game."

This is a Double Album 2LP Record set on 140 Gram Black Vinyl housed in a Gatefold Sleeve, pressed in Europe. 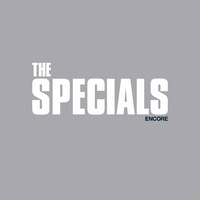