40 Trips Around The Sun is a compilation album by American rock band Toto, released in February 2018 via Columbia Records.

"Spanish Sea" was recorded during the sessions for Isolation (1984), and was re-written with a new chorus. Steve Lukather said of the song: "Thanks to modern tech we were able to play once again with not only our 20 something selves but with our dear brothers Jeff and Mike Porcaro reminding us just how deep their groove was. Bittersweet... Many stories, laughs and a few tears on this one".

This album also includes some of the most popular songs and is a great introduction to this wonderful band. Not only have the members produced amazing music as part of this group but also collectively and individually as supporting and studio musicians to a vast array of musicians and albums, including Boz Scaggs’ Silk Degrees and Michael Jakcson’s Thriller. 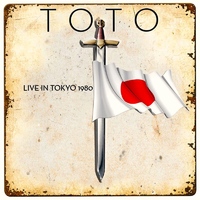