Petty's concept for Highway Companion is laid bare in its very title, which is a tip that this record was made with the road in mind.

As it kicks off with the chugging riff on "Saving Grace", the album does indeed seem to be ideal music for road trips, but Petty changes gears pretty quickly, down-shifting to the bittersweet acoustic "Square One".

Although the album ramps back up with the '60s-styled pop of "Flirting With Time" and the swampy "Down South", the quick move to the ruminative is a good indication that for as good as Highway Companion can sound on the road, Petty looks inward on this album just as frequently as he looks outward. Perhaps this is the best indication that this is indeed a solo affair, not a Heartbreakers album.

Highway Companion has a feel as if Petty is striving to make a fun rock & pop record - a soundtrack for the summer, or at least a good drive - but his heart is in making a melancholy introspective album, where he's grappling with getting older. This gives the album a sad undercurrent even at its lightest moments, which makes it ideal for driving alone late at night.

It has a lot in common with Petty's divorce album, Echo, but it's coming from a different place, one that's content, yet still unsettled. That may mean that this album isn't quite as fun as it initially seems on the surface, but that bittersweet undercurrent does indeed make Highway Companion a good partner for long nights on the road.

Check out the tracks: “Saving Grace”; “Flirting With Time” and “Big Weekend”.

This double LP housed in a gatefold sleeve with remastered audio and lyric sheet is pressed in the USA on 180 gram heavyweight vinyl. 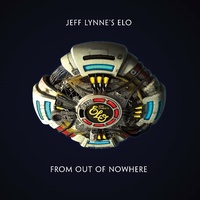