Tom Petty And The Heartbreakers - Into The Great Wide Open

Into The Great Wide Open is the eighth studio album by American rock band Tom Petty And The Heartbreakers, originally released in July 1991 via MCA Records.

Into The Great Wide Open started out as a Tom Petty solo record, but became a full-scale collaboration with his long-time backup band, the Heartbreakers. This shift in Petty's conception of the album enabled him to combine the unduplicable power of a long-standing band of rock & roll confederates with the new directions he had pursued with Jeff Lynne. In its best moments, the result sounds like a cross between Full Moon Fever and Damn The Torpedoes and features the some of most focused and resonant lyrics Petty has ever written.

Employing spare, deceptively simple rhymes in attractive pop settings, Petty sings about the failings, compromises and existential emptiness that underlie the American dream as it staggers, violent and overfed, into the Nineties. His characters range from the compulsive materialists of "All The Wrong Reasons" to the rockin', rollin' Hollywood hotshots of "Into The Great Wide Open". On the latter, the boundless promise of the title is undercut by a minor-keyed intimation of the pot of fool's gold that awaits one tattooed dreamer at the end of the rock & roll rainbow: "His leather jacket had chains that would jingle/They both met movie stars, partied and mingled/Their A&R man said, 'I don't hear a single'/The future was wide open." Petty's protagonist is not just a rebel without a cause; he's "a rebel without a clue."

On Into The Great Wide Open, the songs are rendered for the most part in the calm voice of someone who has emerged from a soulful bout of contemplation with a new perspective. Petty’s message, though, isn't very reassuring - and sometimes it's cheerless. His characters rue their fate with a desolation reminiscent of Bruce Springsteen's darker fables. In "Kings Highway", Petty sings, "There's gotta be something left for us to believe," while "The Dark Of The Sun" frets about "days of great confusion ... days of wondering why." On "All Or Nothin'", smog-covered Los Angeles becomes a metaphor for a nation of hyperactive overachievers choking on greed and technology.

Though the first half of Into The Great Wide Open could stand as a Petty solo showcase, the band's involvement becomes crucial as the record progresses. As Petty expresses doubt in increasingly passionate terms, the band's intensity drives "Out In The Cold" and "Too Good To Be True" to riveting climaxes. Their union is firmly welded in the three songs that close the album - "You And I Will Meet Again", "Makin' Some Noise" and "Built To Last" - testaments, respectively, to the saving virtues of friendship, rock & roll and conjugal love. " Built To Last " in this simple statement of commitment: "We were built to last, on until forever/The world is changing fast/But our love was built to last" is a fitting finale to a thoroughly compelling album. (Rolling Stone 1991)

Check out the tracks: “Learning To Fly” and “Into The Great Wide Open”.

This reissued LP with remastered audio and inner sleeve is pressed in Europe on 180 gram heavyweight vinyl via Geffen Records "Back to Black" series. 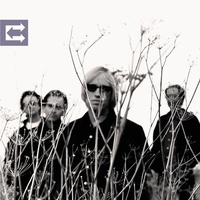