Private Dancer is the fifth solo studio album by American singer Tina Turner, originally released in May 1984 via Capitol Records.

This was Tina Turner's debut album with Capitol Records and recording sessions for the album took place at several studios in England and was overseen by four different production teams, including Rupert Hine, and Martyn Ware and Ian Craig Marsh of Heaven 17.

A radical departure from the rhythm and blues sound Turner had performed with her former husband and performing partner Ike Turner, the tracks in the album are a mixture of uptempos and ballads, which are basically inspired by pop and rock genres; it also features elements of smooth jazz and R&B. Worldwide record sales have topped a staggering 25 million.

After several challenging years of going solo after divorcing Ike, Private Dancer propelled Turner in becoming a viable solo star, as well as one of the most marketable crossover singers in the recording industry. It became a worldwide commercial success, earning multi-platinum certifications in Australia, Canada, Germany, the United Kingdom and the United States. To date, it remains her best-selling album in North America.

Private Dancer produced seven singles, including "What's Love Got to Do with It", "Better Be Good to Me", "Private Dancer", and "Let's Stay Together".

Positively received by critics on release for Turner's ability to give energy and raw emotion to slickly produced professional pop/rock songs; its long term legacy is that the softening of her raw Southern soul style produced a "landmark" in the "evolution of pop-soul music". The album was promoted throughout 1985 in a 177 date worldwide tour called the Private Dancer Tour.

This album is a 2015 reissue on 180 gram black vinyl with a printed inner sleeve and remastered audio, pressed in Europe via Parlophone Records. 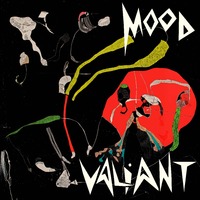