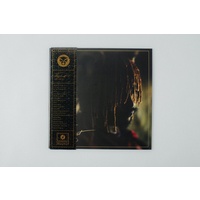 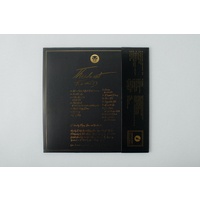 It Is What It Is is the fourth studio album by American musician Thundercat, released in April 2020 via Brainfeeder.

Thundercat is an American musician, record producer, singer and songwriter from Los Angeles, California. First coming to prominence as a member of crossover thrash band Suicidal Tendencies, he has since released four solo studio albums and is noted for his work with producer Flying Lotus and his appearance on Kendrick Lamar's critically acclaimed 2015 album To Pimp A Butterfly. In 2016, Thundercat won a Grammy for Best Rap/Sung Performance for his work on the track "These Walls" from To Pimp A Butterfly.

Thundercat drops his new album It Is What It Is on Brainfeeder Records. The record is produced by Flying Lotus and Thundercat, and features musical contributions from Ty Dolla $ign, Childish Gambino, Lil B, Kamasi Washington, Steve Lacy, Steve Arrington, Badbadnotgood, Louis Cole and Zack Fox.

A unique voice transcending style and genre: “This album is about love, loss, life and the ups and downs that come with that,” says Thundercat.

This album is a limited edition on clear coloured vinyl housed in a gatefold sleeve with gold foil detail, OBI strip and download code, pressed in Europe via Brainfeeder.