It also features the non-charting “Who Would Ever Think That I Would Marry Margaret” and its B-side “We Ain’t Gonna Party No More”, both exclusive to this album.

Also exclusive to this album is “Cat In The Window”, written by Bonner & Gordon (composers of “Happy Together”), a song previously recorded by Petula Clark.

This 2020 reissue features the Stereo mixes, remastered from the original tapes by Bill Inglot. Originally only reissued in the US in 2017, Demon Records has released this album in the UK for the first time.

This album is a 2020 reissue in stereo on 180 gram gold coloured vinyl with a printed inner sleeve and remastered audio, pressed in the UK via Demon Records. 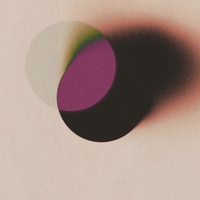 Methyl Ethel - Are You Haunted?