Share:
$52.90
Sold Out
We have received a limited number back in stock.

Live At The Forum is the first live album by Australian blues and soul band The Teskey Brothers, released in May 2020 via Half Mile Harvest Recordings and Ivy League Records.

Their new live album was recorded to analogue tape during the bands sold-out four night-stand at the beloved Melbourne venue The Forum, in November 2019.

Live At The Forum features songs from the band’s two critically acclaimed albums, Run Home Slow (2019) and Half Mile Harvest (2017), as well as a special cover of John Lennon’s “Jealous Guy”.

2019 was an incredible year for the Warrandyte four-piece. The timeless Run Home Slow captured the hearts of music fans and critics across the world, earning the band three ARIA Awards (alongside a breathtaking performance of “Rain” at the event), four Music Victoria Awards and a Grammy Nomination for Best Engineer Album, Non-Classical.

This album was originally scheduled to be released for Record Store Day in April 2020, and will now be released on 15 May 2020 as a limited edition run on blue coloured vinyl with unique album artwork, available only to indie record stores. 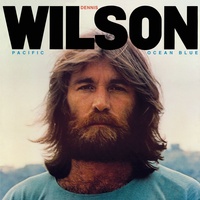