The Times UK described Ghost Transmissions as full of “propulsive indie-rock songs with retro psychedelic sounds.” with the epic 11 minute track “Black Sun Ensemble” being “one of those slow-burning, snake-charming epics that comes along once in a generation”.

“Psychedelic flower-punk” with “songs in no particular hurry; they ebb and flow, with old guitars enhanced by effects pedals, snaking and locking and gradually building into cacophonies of guitars and sun-kissed explosions of melody” was how Patrick Donnovan experienced this masterpiece in The Age

So was Ghost Transmissions received upon initial release on CD in 2004. Now, 14 years later, this classic Australian neo-psych album is getting a full international vinyl release.

Cardiinal Fuzz (UK) and Kasumuen Records are very proud to co-release Ghost Transmissions on vinyl in the UK/Europe and Australia. This release is very limited (there are only 150 copies of the record here in Australia to sell). It comes with original cover artwork in beautiful gloss finish and includes a 20 track download which features the original 11 album tracks plus 9 additional tracks (outtakes and live material from that time).

This LP record is a 2018 reissue on heavyweight black vinyl with a printed insert and download code, pressed in Australia via Kasumuen Records. 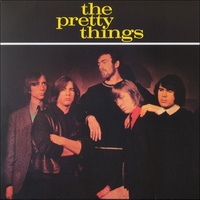