Out Of Our Heads (UK) is the third studio album (fourth in the USA) by English rock band The Rolling Stones, originally released in September 1965 via Decca Records.

Up until the release of Out Of Our Heads, the Stones were primarily known as a group that reworked blues and R&B songs to fit their British background. But with this album they inched toward the greatness that would come to define the latter part of the ’60s and their career.

On Out Of Our Heads they begin to find a personality that belongs almost entirely to themselves. While still predominantly covers, importantly there’s a sense that identity is taking precedent over everything else.

The album was a hodgepodge of sorts, one song dated back to a November 1964 recording date; the most recent cut was finished just a couple of months prior to release. But it holds together better than any other Stones album up to that point.

There’s a new force and assurance to the songs that replace the tentative and imitative nature of past records.

The Stones reach into their past with the cover songs and look to their future with originals. The mix falls together seamlessly as the group explores its potential in the rock, pop, blues and R&B fields.

Nothing was the same after this. They’d go on to bigger and better records over the next few years that discarded the American blues and R&B imitations for more homegrown and organic versions. Out Of Our Heads was the first significant step in that direction.

Check out the album tracks: “Heart Of Stone” and “The Under Assistant West Coast Promotion Man”. 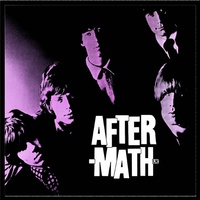