Exile On Main St. is the tenth studio album by English rock band The Rolling Stones, originally released in May 1972 by Rolling Stones Records.

It's the kind of record that's gripping on the very first listen, but each subsequent listen reveals something new. Few other albums, let alone double albums, have been so rich and masterful as Exile On Main St., and it stands not only as one of the Stones' best records, but sets a remarkably high standard for all of hard rock.

Check out the tracks: “Tumbling Dice”; “Happy” and “Rocks Off”.

This reissued double LP is a part of the 2010 remaster series, is pressed in Europe on 180 Gram Heavyweight Vinyl and includes reproduced original artwork. 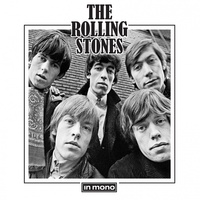