With word of mouth now spreading on the band, critics proved equally enthusiastic. Pitchfork in their glowing review called it a “Gorgeous train wreck” that “lives up to its blunt title [with] Matt Berninger’s self-effacing barbs matched by the band’s equally potent hooks,” while Uncut also became early champions, saying the album was “A genuine treasure... Livid as a bruise, this is brave, desperate, beautiful music.”

This album has been remastered at Abbey Road Studios.

This album is a 2021 reissue on black vinyl with a printed inner sleeve and remastered audio, pressed in Europe via 4AD Records. 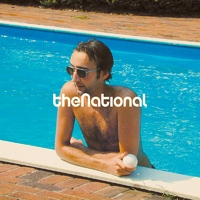