The title of the album "Every Good Boy Deserves Favour" was borrowed, tongue-in-cheek, from a mnemonic used to remember the musical notes that form the lines of the treble clef: EGBDF.

The opening track "Procession" was the only song on the album composed by all five band members, a fascinating track depicting the "evolution" of music, leading into Hayward's "Story in Your Eyes".

Thomas's reflective "Our Guessing Game" and whimsical "Nice To Be Here" offset the deeper drama of Hayward's "You Can Never Go Home", Lodge's "One More Time To Live" and Pinder's "My Song". Graeme Edge, the long-standing drummer-poet, started writing lyrics intended to be sung, rather than verses to be spoken – his "After You Came" featured each of the four lead singers taking a vocal section. The Moody Blues - To Our Children's Children&# 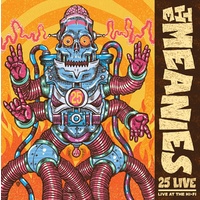