Octahedron is the fifth studio album by American progressive rock band The Mars Volta, originally released in June 2009 Warner Bros. Records in the US and Mercury Records in the UK.

Each of the Mars Volta albums that preceded Octahedron had pushed the envelope further, their music growing larger, more intense, more complex. Each had delivered an implied, unspoken challenge to its makers within milliseconds of its final notes: "top this". And with each subsequent album, Omar and Cedric had turned their creative dials up one more notch, a further step past "eleven".

With the addition of new drummer Thomas Pridgen, and their ranks swollen by extra guitarists, more percussion and a sax-player, the intensity of The Mars Volta's sound had increased. Octahedron, however, would follow The Bedlam In Goliath's brilliant excesses with a sideways step few were expecting, even though the group had telegraphed their intentions to take this new direction for years.

Regarding the release, vocalist Cedric Bixler-Zavala said that the band "wanted to make the opposite of all the records we've done. All along we've threatened people that we'd make a pop record, and now we have."

The album debuted at #12 on the US Billboard 200 albums chart with sales of more than 29,000 copies in its first week of release, and reached #64 on the UK and #41 on the Australian albums charts. 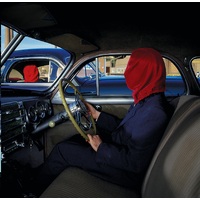 The Mars Volta - Frances The Mute