Little Bastards is a compilation album by Anglo American rock duo The Kills, released in December 2020 via Domino.

The songs date back from the band’s first 7” singles in 2002 through to 2009. All of the material has been newly remastered for release on vinyl and marks the first ever vinyl pressing for some of these tracks.

The compilation includes the unreleased and never-before-heard demo “Raise Me” from the 2008-2009 Midnight Boom era. Other highlights include “I Call It Art” from the Monsieur Gainsbourg Revisited covers compilation, the brilliant Midnight Boom digital bonus track “Night Train”, a blistering performance of “Love Is A Deserter” from an XFM radio session and a handful of classic American roots songs performed with the kind of bruising delivery they’re famous for: Howlin’ Wolfs’ “Forty Four”, Screamin’ Jay Hawkins’ “I Put A Spell on You” and Dock Boggs’ “Sugar Baby”.

This double album 2LP record set is a limited edition on neon yellow coloured vinyl housed in a gatefold sleeve with a download code, pressed in Europe via Domino. 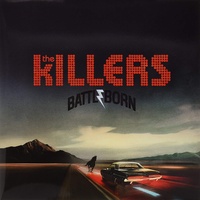