Give 'Em Enough Rope is the second studio album by the British punk rock band The Clash, originally released in November 1978 via CBS Records in the UK and Epic Records in the US.

Formed in 1976 as part of the original wave of British punk, The Clash consisted of Joe Strummer (lead vocals, rhythm guitar), Mick Jones (lead guitar, lead vocals), Paul Simonon (bass guitar, vocals) and Nicky "Topper" Headon (drums, percussion). Widely referred to as "The Only Band That Matters", The Clash's politicised lyrics, rebellious attitude, and musical experimentation, incorporating elements of reggae, dub, funk, ska and rockabilly, along with along with punk, their music had a far-reaching influence on rock, and in particular, alternative rock. In 2004, Rolling Stone Magazine ranked The Clash number 28 on their list of the 100 greatest artists of all time.

Recorded in 1978 between March and April at Basing Street Studios, London; and between August and September at The Automatt in San Francisco; Give 'Em Enough Rope was produced by Sandy Pearlman (Blue Öyster Cult, Black Sabbath). CBS Records were keen to see "punk" bands expand their commercial sales into the US market, and they were instrumental in engineering Pearlman as the producer for the second Clash album.

Focusing on contemporary subjects in their lyrics, Give 'Em Enough Rope saw The Clash dealing with Middle Eastern terrorism, specifically the hi-jacking of aircraft, on "Tommy Gun" and while the track "Guns on the Roof", is ostensibly about global terrorism, war and corruption, it was also partly inspired by an incident that resulted in the Metropolitan Police's armed anti-terrorist squad raiding the band's Camden Market rehearsal building, resulting in the arrest and charging of Paul Simonon and Topper Headon for criminal damage after shooting racing pigeons with an air-rifle from the roof of the building.

The album was well received by critics and fans, peaking at number two on the UK Albums Chart and at number 128 in the Billboard 200, later earning Gold Certification in the UK.

This album is a 2013 reissue on 180 gram audiophile vinyl with a printed inner sleeve and remastered audio, pressed in Europe via Music On Vinyl. 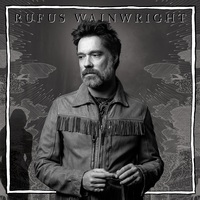