The Civil Wars is the second studio album by American indie folk duo The Civil Wars, released in August 2013 via Columbia Records.

The Civil Wars is the second and final studio album by alternative folk band The Civil Wars (Joy Williams and John Paul White). In their short existence, the band won four Grammy Awards, worked with Taylor Swift and toured with Adele.

The Civil Wars album debuted at #1 on the US Billboard 200 albums chart and features the Grammy Award winning ong "From This Valley" plus the singles "The One That Got Away" and "Dust To Dust".

The album also includes a brilliant cover of the Smashing Pumpkins classic "Disarm".

This double album 2LP record set is a 2016 reissue on 180 gram audiophile black vinyl housed in a gatefold sleeve with printed inner sleeves, pressed in Europe via Music On Vinyl. 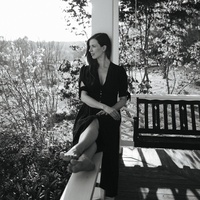