Starfish is the fifth studio album by Australian rock band The Church, originally released in April 1988 via Mushroom Records in Australia and Arista Records Internationally.

Starfish was recorded in Los Angeles with producers Waddy Wachtel and Greg Ladanyi, both longtime veterans of the L.A. studio scene.

The recording is more sparse and open than its predecessor, Heyday (1985), which featured orchestral arrangements with brass and strings. Many of its songs have seen heavy rotation in live set lists, and the album remains a favourite among many fans.

The song "Under The Milky Way" was co-written by Kilbey with his then-girlfriend Karin Jansson of Pink Champagne.

When released in 1988, it rightfully became the breakthrough of The Church in the United States. The album peaked at #41 on the US Billboard 200 albums chart, no small feat for a non-US act. "Under The Milky Way" was released as a single and nearly topped the Mainstream Rock charts, peaking at second place, and reached #26 on the Billboard Hot 100. "Reptile" was released as a second single.

The album peaked at #11 on the Australian albums charts.

This album is a limited “tour edition” reissue on white coloured vinyl with a printed inner sleeve and remastered audio, pressed in Australia via Universal Music. 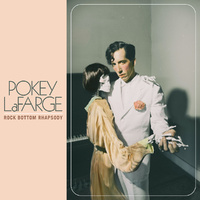