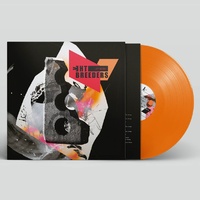 The Breeders - All Nerve

All Nerve is the fifth studio album by American alternative rock band The Breeders, released in March 2018 via 4AD Records.

The Breeders formed in 1989 by Kim Deal of Pixies and Tanya Donelly of Throwing Muses. The band has experienced a number of line-up changes over the years and Kim Deal has been the band's sole continual member. Their first album, 1990's Pod, though not commercially successful, received widespread critical acclaim. The Breeders most successful album was Last Splash (1993), and is best known for the hit single "Cannonball".

All Nerve is their first album in over ten years, and reunites the line-up of Kim and Kelley Deal, Josephine Wiggs and Jim Macpherson, the same line-up behind the platinum selling record Last Splash.

All Nerve was recorded at various studios with Mike Montgomery, Steve Albini and Tom Rastikis, following the group’s return to the stage to celebrate Last Splash’s 20th Anniversary.

The album features the single “All Nerve”, which received critical acclaim from SPIN, NPR, Consequence of Sound, Stereogum, Rolling Stone and more.

The album was released to “Universal Acclaim” scoring 83 on aggregate website Metacritic, based on 22 reviews. Record Collector's Alun Hamnett gave the album a perfect 5 out of 5 stars and praised Kim Deal's decision to leave the Pixies in 2013 to focus exclusively on The Breeders stating "They took their sweet time, but that Breeders line-up is back, and has just nonchalantly knocked it out of the park."

This indies only limited edition LP record is on 180 gram orange coloured vinyl with alternative cover art, inner sleeve and digital download code, pressed in the US.