Pet Sounds is the eleventh studio album by the American rock band The Beach Boys, originally released in May 1966 via Capitol Records.

Considered to be one of the most influential albums in music history, Pet Sounds was produced and arranged by Brian Wilson whose goal at the time was to create "the greatest rock album ever made" without any filler tracks.

Recorded between July 12, 1965 and April 13, 1966 at United Western Recorders, Gold Star Studios, CBS Columbia Square, and Sunset Sound Recorders, the bulk of the recording was done between January and April 1966, a year after Brian Wilson had quit touring with The Beach Boys in order to focus more attention on writing and recording.

Pet Sounds was initially met with lukewarm critical and commercial responses in the United States, peaking at number 10 in the Billboard 200 - a significantly lower placement than the band's preceding albums.

In the United Kingdom, the album was hailed by its music press and was an immediate commercial success, peaking at number 2 in the UK Top 40 Albums Chart and remaining among the top ten positions for six months, and eventually earning Platinum certification.

Even after 50 years, Pet Sounds still stands up as one of the greatest albums of all time, with Wilson's complex arrangements certainly standing the test of time, as exemplified by his fantastic performance at Melbourne's Palais Theatre as part of the Pet Sounds 50th Anniversary World Tour.

This LP Record is the 2016 50th Anniversary Edition in Mono, pressed on 180 Gram Vinyl with a digital download card and was pressed in Europe. 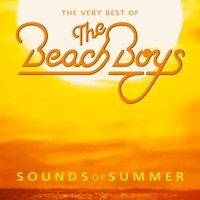