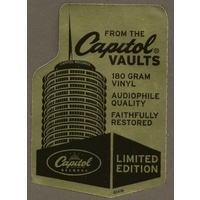 The Band is the second studio album by Canadian-American roots rock group The Band, originally released in September 1969 via Captiol Records.

Members of The Band were originally hired by Bob Dylan for his 1965 US tour and they released their debut album The Big Pink in 1968 and went on to release seven studio albums before the original configuration ended touring in 1976 with an elaborate concert featuring many music luminaries, that became The Last Waltz, a documentary film by Martin Scorsese.

The Band has been viewed as a concept album, with songs focusing on people, places and traditions associated with an older version of Americana. Some of the songs on the album draw from historic themes for "The Night They Drove Old Dixie Down", "King Harvest (Has Surely Come)", "The Unfaithful Servant" and Richard Manuel's "Jawbone".

Robbie Roberston had emerged as the band's principal songwriter and the album also produced a Top 20 UK hit "Rag Mama Rag" (reaching #16) and a US #25 single "Up On Cripple Creek".

The album is regarded as one of the best albums of all time, and in 2003 Rolling Stone magazine ranked the album at #45 on their list of the 500 Greatest Albums of All Time.

Colin Larkin the editor of The Virgin Encyclopedia of Popular Music rates the album with 5 stars (out of 5): "outstanding in every way -a classic album".

Check out a couple of tracks from the album:  Across The Great Divide, Rag Mama Rag, The Night They Drove Old Dixie Down, Up On Cripple Creek, Jawbone and The Unfaithful Servant.

This Remastered "From The Capitol Vaults Series" LP Record was Reissued in December 2008 on 180 Gram Audiophile Quality Vinyl, housed in a Gatefold Sleeve, pressed in the USA.