The Amity Affliction - Everyone Loves You… Once You Leave Them

Everyone Loves You… Once You Leave Them is the seventh studio album by Australian metalcore band The Amity Affliction, released in February 2020 via Pure Noise Records.

Since emerging in 2008 with their debut album Severed Ties, The Amity Affliction have had four consecutive #1 ARIA debut albums. These consecutive number one albums have been Chasing Ghosts (2012), Let The Ocean Take Me (2014), This Could Be Heartbreak (2016) and Misery (2018). This Could Be Heartbreak marked the band's second consecutive Top 30 debut on the US Billboard Top 200 albums chart, while Misery elevated them to new critical heights with praise from Medium, Alternative Press, The Noise, and more.

During 2019, they returned to Beltsville, MD to record, Everyone Loves You... Once You Leave Them, alongside producer Matt Squire. It is the first album to feature new drummer Joe Longobardi as an official band member, who replaced Ryan Burt who left the band in late 2018.

Three singles have been released from the album “All My Friends Are Dead”, “Soak Me In Bleach” and “Catatonia”.

This album is a limited edition of 500 copies on translucent fluro green coloured vinyl housed in a gatefold sleeve, pressed in Australia. 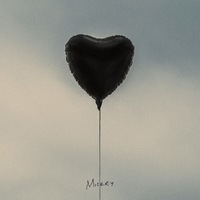