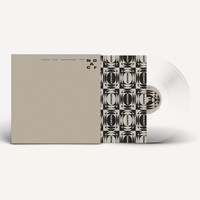 Notes On A Conditional Form is the fourth studio album by British alternative rock band The 1975, released in May 2020 via Dirty Hit and Polydor Records.

Notes On A Conditional Form is the follow up to the Brit Award Album of the Year winner A Brief Inquiry Into Online Relationships, released in 2018. The new album features the lead single “People”, and follow-up singles “Frail State of Mind”, “Me & You Together Song”, “The Birthday Party”, “Jesus Christ 2005 God Bless America”, “If You’re Too Shy (Let Me Know)” and “Guys”.

Greta Thunberg is featured on the album opening track with a spoken ‘call-to-arms’ on the track “The 1975”, a five-minute protest song. This song deviates from the opening tracks featured on the band's previous albums, which were also titled "The 1975" and used the same lyrics as each other. Instead, this song is a spoken word speech by environmental activist Greta Thunberg calling for civil disobedience in response to climate change.

The album has been described as genre-hopping, mainly focusing on pop, rock, electronic, and dance music subgenres. Songs on the album have been described by music critics as having pop rock, folk, industrial, and garage influences. Additional vocalists featured on the album include FKA Twigs and Phoebe Bridgers.

The album reached #1 on the UK album charts within its first week of release, becoming the band's fourth consecutive number 1 album. The album has reached #4 on the US Billboard 200 and #1 on the Australian albums charts.

About the release: Double gatefold standard weight vinyl printed on 100% recycled Cairn Natural Kraft card on exclusive limited clear vinyl with album download code. To make every effort to reduce plastic usage this vinyl will be shipped without plastic shrink wrap and is pressed on standard weight vinyl. When possible each element of the packaging is manufactured using 100% recycled card. This format is a 1975 store exclusive.