The 1975 - A Brief Inquiry Into Online Relationships

A Brief Inquiry into Online Relationships is the third studio album by British alternative rock band The 1975, released in November 2018 via Dirty Hit and Polydor Records.

A Brief Inquiry into Online Relationships was produced entirely by band members George Daniel and Matthew Healy, and is the band's first album not to be produced with regular collaborator Mike Crossey.

Following the release of the band's previous album, I Like It When You Sleep, For You Are So Beautiful Yet So Unaware Of It (2016), Healy announced the album with a working title of Music for Cars, sharing the name with the band's third extended play. Following a nearly year-long hiatus, Healy announced that the album had grown into the band's titular third campaign, and that this album was to be the first of two albums within the cycle. The second, Notes On A Conditional Form, was released in May 2020.

The band released five singles from the album: "Give Yourself a Try", "Love It If We Made It", "TooTimeTooTimeTooTime", "Sincerity Is Scary" and "It's Not Living (If It's Not With You)".

This double album 2LP record set is on 180 gram black vinyl housed in a gatefold sleeve with printed inner sleeves, pressed in Europe via Polydor Records. 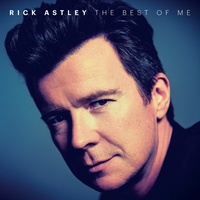