Folklore featured production from Aaron Dessner and Jack Antonoff, and the album moves from the upbeat pop production of her previous albums to a more mellow ballad driven album featuring piano and guitar.

She wrote and recorded the album during the COVID-19 pandemic, and in a press release announcing the album said: “In isolation my imagination has run wild and this album is the result, a collection of songs and stories that flowed like a stream of consciousness. Picking up a pen was my way of escaping into fantasy, history, and memory. I’ve told these stories to the best of my ability with all the love, wonder, and whimsy they deserve. Now it’s up to you to pass them down. folklore is out now”.

Folklore has received universal acclaim upon release with many critics citing the emphasis on its relaxed atmosphere, emotional weight, and poetic lyricism. Many critics deemed it a bold move for Swift to experiment with indie genres unconventional to her usual country pop styles. At the 63rd Annual Grammy Awards, the album and its tracks garnered five nominations, including Album of the Year and Song of the Year.

Folklore broke numerous records on streaming services, including the Guinness World Record for the biggest opening day for an album by a female artist on Spotify. According to Republic Records, Folklore sold two million copies in its first week globally, 1.3 million of which were sold on its first day.

It reached number one in Australia, Canada, Belgium, Ireland, New Zealand, Switzerland, the United Kingdom, and several other territories.

Debuting at #1 on the US Billboard 200 albums chart, Folklore gave Swift her seventh consecutive number-one album in the United States, and instantly became the best-selling album of 2020. It spent eight weeks at number one, making it the longest-running chart-topper of 2017 to 2020.

All its 16 tracks entered the Billboard Hot 100 simultaneously, with three in the top-10: the lead single "Cardigan" debuted at the top spot and marked Swift's sixth number-one single in the US, making her the first act in history to debut atop both the Billboard 200 and Hot 100 simultaneously, while "The 1" arrived at number four and the Bon Iver duet "Exile" at number six; the three tracks opened inside the top-10 in Australia, Canada, Ireland, Malaysia, New Zealand, and the UK, as well.

This double album 2LP record set is the “Trees Speak” edition on brown coloured vinyl housed in a gatefold sleeve with printed inner sleeves, pressed in Europe via Republic Records. 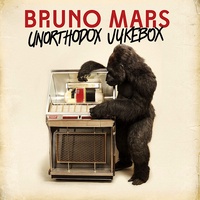