Innerspeaker is the debut studio album by Australian psychedelic rock band Tame Impala, originally released in May 2010 via Modular Recordings and Fiction Records.

Innerspeaker, which was certified gold in Australia was well received by critics, and with good cause. Although it lacks a stand out single, Innerspeaker demonstrates a subtle yet encompassing sense of control, each track part of a whole unit. It won Triple J's J award for Australian Album of the Year 2010, was nominated for three ARIA awards, also winning the Rolling Stone award for Album of the Year in the following year.

Check out a couple tracks from the album:  Solitude Is Bliss, Lucidity  and Expectation. 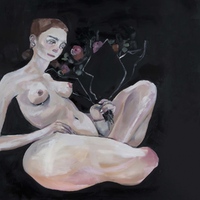