Suzanne Vega - An Evening Of New York Songs And Stories

An Evening Of New York Songs And Stories is a live album by American folk rock singer songwriter Suzanne Vega, released in September 2020 via Cooking Vinyl.

On An Evening Of New York Songs And Stories, Suzanne Vega revisits some of the most iconic songs in her repertoire as well as more hidden gems in a stunning live recording produced by her long-time guitarist Gerry Leonard, mixed by Grammy Award winning engineer Kevin Killen and mastered by Grammy Award winner, Bob Ludwig. Also featured on these live recordings are Jeff Allen on bass, and Jamie Edwards on keyboards.

Recorded at New York City’s famed Café Carlyle in March 2019, An Evening of New York Songs and Stories includes both familiar songs like “Luka” and “Tom’s Diner” and deep cuts from her catalogue like “Frank and Ava” and “Ludlow Street”. The mix of repertoire also features a cover of her late friend Lou Reed’s “Walk on the Wild Side.”

Of the album, Vega commented, “It is always a pleasure to play at the Café Carlyle in New York City, where this album was recorded. It is a small exclusive club that has hosted legends from Eartha Kitt to Judy Collins, and is also known to be the place where Jackie Kennedy met Audrey Hepburn.”

This double album is on 180 gram heavyweight black vinyl housed in a gatefold sleeve with a download code, pressed in Europe via Cooking Vinyl. 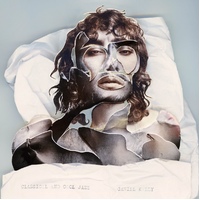