Symphonicities is the tenth studio album by British musician Sting, released in July 2010 via Deutsche Grammophon.

Symphonicities is the companion piece to a tour of the same name in which Sting, performing with the London based Royal Philharmonic Concert Orchestra, reinterprets some of his songs as classical symphonic compositions.

Symphonicities was recorded at Abbey Road Studios, and produced by Rob Mathes and Sting.

This album is one of the most surprising and exciting albums that Sting has released in his long musical career. Rather than write a new symphonic piece of music, Sting has allowed some of his existing material to be re-interpreted for a Symphony Orchestra. The arrangements were compiled by Rob Mathes, Steven Mercurio and David Hartley.

The most inspiring moments on the album are the harp and flute introduction to the Police classic "Every Little Thing She Does Is Magic," the lush treatment of "Roxanne" where the reggae rhythm is replaced by a seductive lilt, and an "Englishman in New York" that's more playful than the original. “Next to You” is driven by sawing strings instead of buzzing guitars.

The album is lively and fun and shows that Sting’s songs lose nothing in being transformed from a rock to a symphonic context.

Check out the tracks:  “Every Little Thing She Does Is Magic”; “Next To You”; “Roxanne”; and “When We Dance”.

This is a double album 2LP record set on black vinyl housed in a gatefold sleeve with printed inners, pressed in the US. 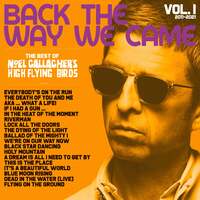