Hotter Than July was the follow-up to the commercially disappointing soundtrack album Journey Through The Secret Life Of Plants (1979). The song that was released as the lead single, “Master Blaster (Jammin’)”, was inspired by Bob Marley and Wonder’s love of reggae music. Wonder was inspired by the growing popularity of Marley’s music and its clear anti-war messages, and this song was his way of honouring that music and artist.

The album was recorded at his home studios in Los Angeles (Wonderland Studios) and self produced with him playing the majority of the instruments on the album.

The song “Happy Birthday” was written in honour of Martin Luther King and was used by Wonder to campaign for the 15th January to be recognised as a national holiday in recognition of his achievements in the campaign for civil rights.

The second single “I Ain’t Gonna Stand For It” has a country tinge to it and the third single “Lately” is a ballad about romantic turmoil. Wonder tackles the subjects of racial housing discrimination on “Cash In Your Face” and the final single released from the album “Did I Hear You Say You Love Me” was the least successful on the singles charts.

The album artwork was devoted to the campaign for the Martin Luther holiday.

This LP record is a 2017 reissue on black vinyl housed in a gatefold sleeve, pressed in the US via Motown Records. 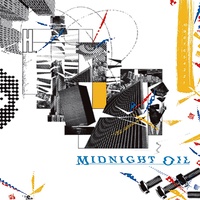