Steven Wilson’s music is one of a complete artistic concept and removing songs from an album would also remove all context for the music.  However, being the outside the box thinker that he is, he has found an interesting way to release a compilation package.

Transience, personally curated by Steven, coincided with the second leg of the Hand. Cannot. Erase. tour and serves as an introduction to his prolific solo output.

The collection contains some of the more commercially accessible tracks from his four solo albums at that point.  It kicks off with an extended version of the title track “Transience” from the recent ‘Hand. Cannot. Erase’.  “Harmony Korine” from ‘Insurgentes’ then kicks the album into gear.  As one would expect, some of the shorter tracks are featured here, such as the sublime “Postcard” and the proggy “The Pin Drop”.  There are also edits of some longer tracks such as “Deform To Form A Star, which features Dream Theater’s Jordan Rudess.

Some interesting choices included are the cover of Alanis Morrissette’s hit “Thank You” from Wilson’s covers albums and the new recording of the Porcupine Tree classic “Lazarus”, which Steven had been performing on tour with his stellar live band.

While some might point to the more signature epic tracks that are missing, it does not diminish what is a very well put together set that certainly works as an introduction to any who have been living under a rock over the last decade.  It also is a brilliant collector’s item for the avid fan.

Check out some tracks from the album: “Transience”; “Happy Returns”; “Harmony Korine” “Drive Home” and “Lazarus”.

This limited edition three side LP with etched Side 4 is housed in a gatefold sleeve, includes a digital download of the album and is pressed in Germany on 180 gram heavyweight vinyl. 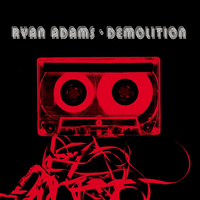