Grave Dancers Union spent 76 weeks on the Billboard music charts and was certified triple-Platinum in 1993, establishing Soul Asylum as one of the most successful rock groups of the first half of the 1990s.

The album yielded the mega-hit "Runaway Train", which by winning a Grammy, put the band in a whole new league. Tracks like "Home Sick" and "New World" bear the roots of the Country-Rock revival. "Somebody To Shove" is pure joy Soul Asylum style.

This album is a 2015 reissue on 180 gram audiophile black vinyl with a printed insert, pressed in Europe via Music On Vinyl. 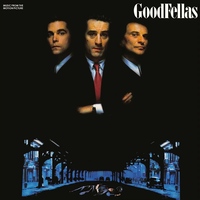