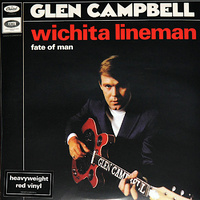 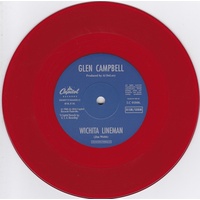 Commonly referred to as “the first existential country song”, Stuart Maconie has hailed Wichita Lineman as “the greatest pop song ever composed”, its reputation further enhanced by its inclusion in Rolling Stone’s ‘500 Greatest Songs Of All Time’ poll.

Written by Jimmy Webb and inspired by the image of a solitary lineman atop a telegraph pole, observed while driving through rural Oklahoma during sunset, this definitive version, released as a single in 1968, would go to Number 3 in the US chart and enter the top ten in the UK.

It was first recorded by American country music artist Glen Campbell with backing from members of The Wrecking Crew and widely covered by other artists. The musicians used on the recording included Campbell, Al Casey and James Burton (guitar), Carol Kaye (bass), Jim Gordon (drums), Jimmy Webb and Al De Lory (piano). The orchestral arrangements were by De Lory.

The B-Side song Fate of Man was written by Glen Campbell.

In celebration of Glen Campbell’s 80th birthday in April 2016, the single was reissued on red coloured 7” vinyl on Record Store Day, using the original artwork from the ‘68 Spanish release.

This is a Limited 2016 Record Store Day Reissue on Red Coloured 7" Heavyweight Vinyl Single, with Picture Sleeve, pressed in Europe. 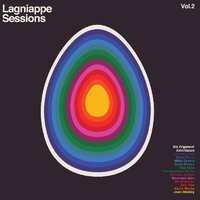