Freak Show is the second studio album by Australian rock band Silverchair, originally released in February 1997 via Murmur Records in Australia and Epic Records in the US.

For their second studio album Freak Show, the band engaged British producer Nick Launay, who is noted for his ability to draw out raw sounds and energy from the artists he works with.

The album was recorded in 1996 and followed the success generated by their debut album Frogstomp (1995), both in Australia and the US.

Frontman Daniel Johns described the album's title in 1997 by comparing the on-the-road life of Silverchair to that of a traveling carnival. The album's front cover image is an illustration of Grady Stiles, Jr., a sideshow performer afflicted with ectrodactyly. His stage name was "The Lobster Boy". The illustration is courtesy of Circus World Museum, Baraboo, Wisconsin.

Johns also stated that some of the lyrics were toned-down for release on Freak Show. Although, the majority of the songs found on the album still retain emotional and angst-fueled themes that include disease and suicide. One writer claimed the songs focused on the anger and backlash that the expectations of Frogstomp brought upon the band.

The album reached #1 in the Australian charts and yielded three Top 10 singles – "Freak", "Abuse Me" and "Cemetery". The fourth single, "The Door", reached #25 on the Australian singles charts. Freak Show was certified gold in the US, and 2× platinum in Australia.

This limited LP record is on 180 gram audiophile red & yellow swirl flaming coloured vinyl with a printed insert, poster and bonus tracks. Reissued via Music On Vinyl limited to 5000 copies. 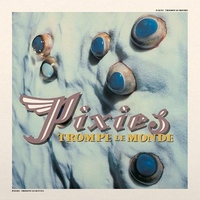