One of the few true shocks in rock music is when a young band with a seemingly short shelf life manages to transform itself into a cohesive, enduring, and artistically diverse outfit.

Silverchair were the subject of much ridicule during the group's initial splash. But they somehow kept going and kept improving, and Diorama is the sound of a band finally growing into their own skin. These songs have a sense of space and tunefulness that seemed absent from their previous efforts.

Daniel Johns steps into the forefront here, showcasing his rich voice and shockingly catchy, twisting tunes with melodies that are hardly predictable but often delightful. A song like "World Upon Your Shoulders" sounds utterly unlike the post-grunge efforts of Johns' earlier work, but in one song he takes the washed-out symphonies of Soft Bulletin-era Flaming Lips and the delicate falsetto pop of Jeff Buckley and combines them into a digestible pop nugget.

The solid guitar work from Johns also shows growth, as the songs often drift into noodling that compliments his voice much more than the chugging riffs of their first few albums.

Diorama contains various orchestral arrangements and power ballads, which was a change from the post-grunge music typical of their earlier work, but consistent with the band's previous orchestrations on the album ‘Neon Ballroom’.

Diorama includes singles like "The Greatest View" and “Without You", and reached number One on the Australian Recording Industry Association (ARIA) Albums Chart and won five ARIA Awards in 2002.

Check out the tracks: “The Greatest View”, “Without You”, “Luv Your Life”, “After All These Years” and “Across The Night”.

This limited LP record is on 180 gram heavyweight white coloured vinyl, reissued in January 2019 via Eleven: A Music Company. 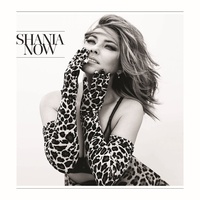