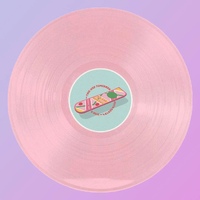 Seth Sentry - This Was Tomorrow

This Was Tomorrow is the debut studio album from Australian hip hop artist Seth Sentry, originally released in September 2012 via High Score Records.

The album is ground breaking for Australian hip hop and achieved significant critical acclaim and commercial success following its release.

Three singles were released from the album – “My Scene”, “Float Away” and “Dear Science”.

This Was Tomorrow was released by Seth Sentry via his own record label, High Score Records.

This Was Tomorrow was selected as the Triple J feature album in the week of its release in September 2012. On 30 September of that year, it debuted at No. 6 on the ARIA Albums Chart and remained in the top 50 for six weeks.

By 2014 that album had achieved Gold status in Australia by selling more than 35,000 copies.  Of the milestone Seth said, “What the heck? I am completely blown away by this. Thank you so much to everyone involved and of course the lords that actually went out and bought the album.”

This album is a 10th Anniversary limited edition reissue on baby pink coloured vinyl housed in a gatefold sleeve, pressed in Australia via High Score Records and Universal Music.