Sweet Oblivion quickly became the band's best-selling record, and was the closest they ever came to achieving mainstream success. Sweet Oblivion sold in excess of 300,000 copies on the strength of the single "Nearly Lost You." This single became the band's biggest hit reaching #12 on the US Billboard Mainstream Rock Tracks singles chart, and it also benefited from an appearance on the motion picture soundtrack album: Singles: Original Motion Picture Soundtrack.

Personnel changes around the time of the album also led to the replacing of original drummer Mark Pickerel, who left to pursue other musical interests, with Barrett Martin for this album.

This album is a 25th Anniversary limited edition reissue of 1,500 individually numbered copies on 180 gram flaming orange coloured audiophile vinyl with a printed insert, pressed in Europe via Music On Vinyl. 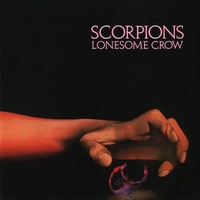