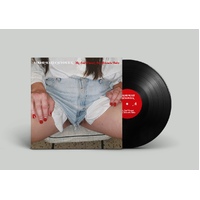 Sarah Mary Chadwick - Me And Ennui Are Friends, Baby

Me And Ennui Are Friends, Baby is seventh studio album by New Zealand Australian based singer songwriter Sarah Mary Chadwick, released in February 2021 via Ba Da Bing and Rice Is Nice Records.

To celebrate the launch of her seventh studio record Me And Ennui Are Friends, Baby, Sarah Mary Chadwick announced four live performances over four Fridays at Avalon Bar in Fitzroy, starting on February 12 at 8pm.

Performing Me And Ennui.. in its entirety, Chadwick will also be revisiting her favourite moments from her two previous records, 2020’s Please Daddy and 2019’s The Queen Who Stole The Sky.

Either performing with guests or alone, the four shows promise to be very magical evenings. Each show will be streamed live via Bandcamp Live.

Comprised entirely of minimal solo piano arrangements, Me And Ennui Are Friends, Baby is despondently clear-eyed and smirking self-deprecating.

It completes a trilogy of records that started with The Queen Who Stole The Sky (2019) and her only outing to date featuring a full band, Please Daddy (2020). Each record has followed Chadwick’s internal processing after a traumatic event, with Chadwick’s zeal for psychoanalysis front and centre.

On Ennui, Chadwick presents an exacting intensity with her choice to pare back to piano and vocals. It's in this stark setting that she focuses on the attempt she made on her life in 2019.

Just weeks before the Ennui recordings in 2019, Chadwick endured the breakup of a long-term relationship and attempted her own life. These events followed the deaths of her father and a close friend, and it’s from this weighty internal mire that Chadwick emerges throughout the trilogy. Imaginably, the result is staggeringly abject.

Joined by long time production collaborators, Ennui was mastered by David Walker at Stepford Audio and mixed and recorded by Geoff O’Connor at Vanity Lair - both expertly bringing scale, subtlety and intangible ascendance to this recording.

On Ennui, Chadwick is free, there is nowhere for her or us to run from the need to very presently and repeatedly articulate her trauma until it is simply, “articulated out.”

This album is on black vinyl, pressed in Australia via Ba Da Bing and Rice Is Nice Records.