The Best Of Sade is the first greatest hits compilation album by British soul and smooth jazz band Sade, originally released in October 1994 via Epic Records.

The Best Of Sade showcases their music released between 1984 and 1993.

Sade was formed in London in 1982, by members of a Latin soul band.  Sade Adu, Stuart Matthewman, and Paul Denman, together with Paul Anthony Cook, formed the break-away group and began to write their own material. They named the band after lead singer Sade Adu, and made their debut performance in December 1982 at Ronnie Scott's Club in London as a support act to their former band.  Andrew Hale joined the band in 1983 and Cook left in 1984.

In February 1984, Sade released their first single, "Your Love Is King", which became a Top Ten hit followed by their debut album Diamond Life released in July 1984.  The album spent over six months in the UK Top Ten and won the 1985 Brit Award for Best British Album.

A third single, "Smooth Operator", was released from the album with a video directed by Julian Temple. The single became their first US hit in Spring 1985, propelling the album in the US Top Ten.

On 13 July 1985, Sade performed at the Live Aid at Wembley Stadium in London. Sade Adu became the only African-born artist to appear in front of the live audience of 75,000, and an estimated worldwide television audience of 1.4 billion in 170 countries.

In late 1985, Sade released their second album, Promise, which peaked at No. 1 in both the UK and the US, with it's lead single "The Sweetest Taboo" being very successful in the US.

Sade's fourth album, Love Deluxe, was released in November 1992. The album peaked at No. 3 on the US Album charts and at No. 10 in the UK.  The single "No Ordinary Love" was also very successful, garnering a Grammy Award in 1994 for Best R&B Performance by a Duo or Group.

In November 1994 the group released their first compilation album, The Best of Sade, which became another Top Ten hit in both the UK and US.

This double album 2LP record set is a 2022 repress on 180 gram black vinyl housed in a gatefold sleeve with printed inner sleeves, pressed in Europe via Epic Records. 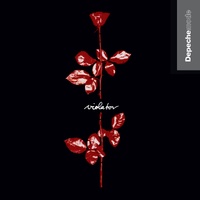