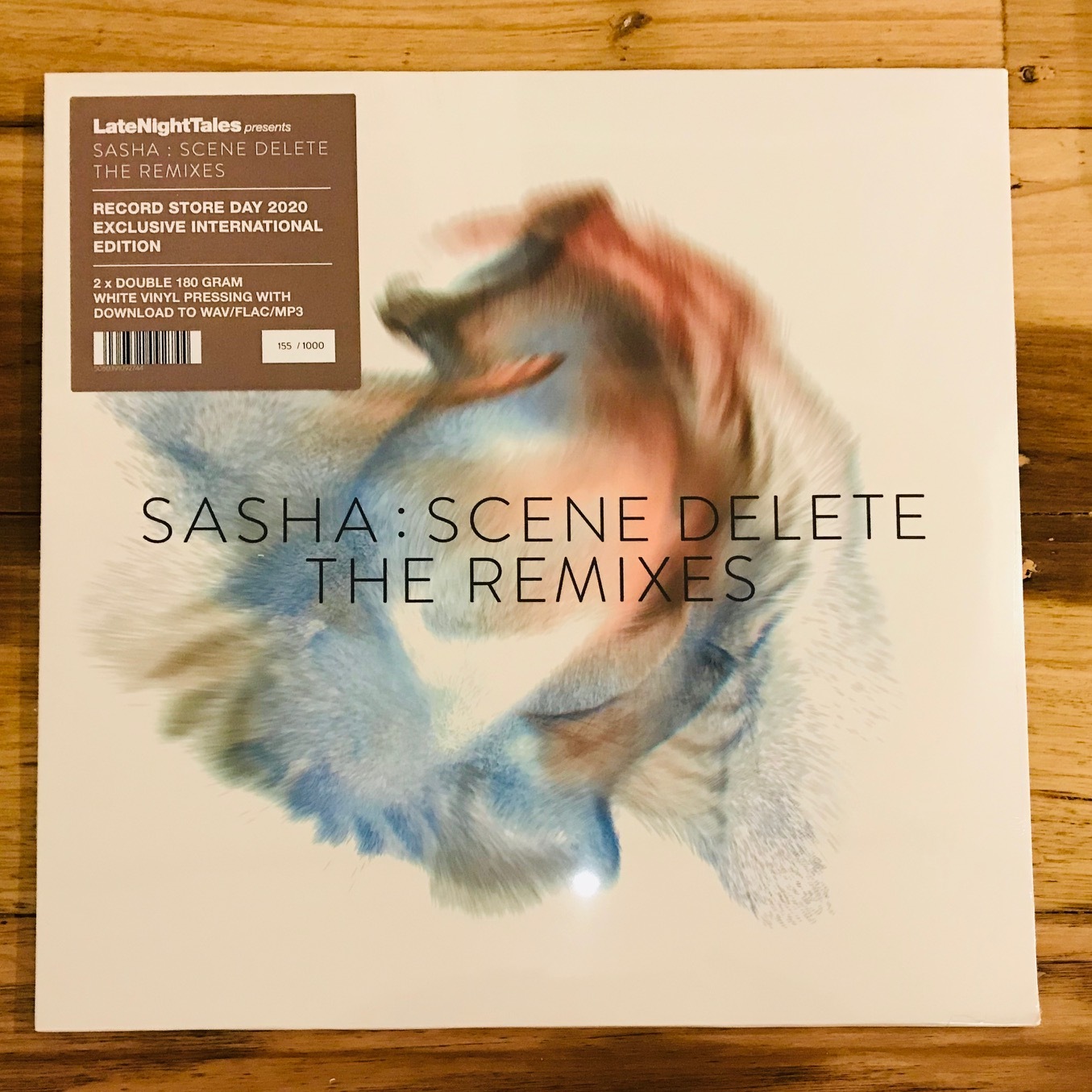 Featuring 6 tracks never before released on vinyl, comes this exclusive RSD 2020 double vinyl package. Sasha's 'Scene Delete', an ambient / soundtrack project has been remixed by a host of musicians and producers.

The original album was released in April 2016; surprising and delighting many fans with its quiet, undulating pieces filled with texture and atmosphere.

'The Remixes' brings this all together with 6 new exclusive reworks. The celestial drones of Eat Lights Become Lights version of 'Detour' open the album, setting the scene for an exploratory journey of personal interpretations. 'Shelter' takes on a new form thanks to German musician Christian Lóffler while multi-genre producer Max Cooper uses emotional dance floor experimentation to take album opener 'Channel Deq' towards deep melodic territory.

And other unreleased remixes come from Stet, Colin Benders, Skanna, and, while 'Pontiac' is transformed beyond recognition by Matthew Dear (a.k.a Audion) into a warped techno freak out, Sasha also provides his own epic beatless remix.