In 2009, not long prior to his untimely death, Rowland S. Howard released his second album, Pop Crimes. The eight sublime tracks on Pop Crimes reinforce the legacy of the gifted artist, and prove why his records are so treasured amongst music critics and fans alike.

This album is a limited reissue on 180 gram audiophile black vinyl with printed insert, the vinyl is pressed at Pallas in Germany and this 2020 reissue is via Bloodlines Australia. 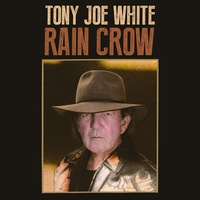