Rodriguez is an American singer-songwriter from Detroit, Michigan. His music career initially proved disappointing in the United States, but unknown to Rodriguez his albums became extremely successful and influential in South Africa, where he is believed to have sold more records than Elvis Presley. His work also found a following in some other countries in Africa, and also in Australia and New Zealand. Because information about him was scarce, it was incorrectly rumoured there that he had committed suicide shortly after releasing his second album.

Cold Fact was released in the United States in March 1970 and sold very poorly in the United States. The album was released in South Africa in 1971 via A&M Records and sold very strongly. In 1976, several thousand copies of Cold Fact were found in a New York warehouse and shipped out to Australia, where they sold out in in a few weeks. Cold Fact went to #23 on the Australian album charts in 1978, staying on the charts for fifty-five weeks. In 1998 Cold Fact was awarded a platinum disc in South Africa, and was five-times platinum in Australia.

Rodriguez has since toured South Africa and Australia with much success, but remained relatively unknown in his native country of the US.

This album is a 2019 reissue on 180 gram heavyweight black vinyl with a digital download code, pressed in Europe via Sussex Records. 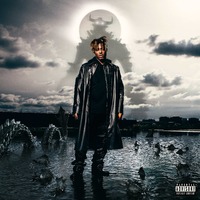