Forster said about the album, "I had nine songs I believed in, and I wanted to take them out of hometown Brisbane and record them somewhere else. Somewhere exotic. And producer/engineer Victor Van Vugt had a studio in Berlin. Perfect. The album title relates to Brisbane, as the summers are getting brutal hot. Inferno fits that and the fevered mood of the LP." Van Vugt had been engineer on Forster's solo debut, Danger in the Past. Forster said, "There's a certain grandness to what he does, and a space, and I wanted to put the songs in that. He immediately injects mood."

The song "Crazy Jane on the Day of Judgement" is an adaptation of the poem with the same name by W. B. Yeats. Forster first played it in Dublin in 2013, on the 150th anniversary of Yeats' birth.

"I'm Gonna Tell It" had been written in 2007 and left off the previous two albums. Forster said, "Grant had died about a year and a half before and I’d just come through the hepatitis C treatment, which hadn’t worked. So there was a lot of new information that was going to come out, and that I was going to be questioned about. That then fed into the writing of Grant & I — so the song almost foretold the book, in a way."

This album is on black vinyl with a printed inner sleeve, pressed in Europe via Tapete Records. 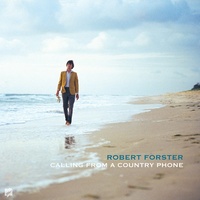