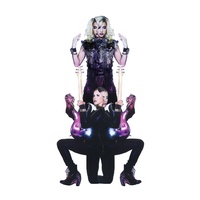 Prince also simultaneously released the album Art Official Age, which were both released on 30 September 2014.

Recorded live and in analog the album is an electrifying funk-rock statement.

Many of the tracks from Plectrumelectrum were performed live on the ‘Hit & Run’ tours of the UK in 2014 – incendiary performances in a series of historic venues – which led The Guardian to declare “These are performances by one of the greatest funk-rock bands ever.”  The group was showered in 5-star reviews from all major reviewing media.

The album debuted at number eight on the Billboard Top 200 and reached #1 on the US Top Rock Albums Chart and #33 on the Australian ARIA Charts.

This LP Record is on 180 Gram Vinyl housed in a Gatefold Sleeve with Lyric Insert, pressed in Europe.