Post Malone, is an American singer-songwriter, rapper and record producer. Known for his introspective songwriting and laconic vocal style, Malone has gained acclaim for bending a range of genres including country, grunge, hip hop and R&B. He first attained recognition in 2015 following the release of his debut single "White Iverson".

Malone's debut album Stoney (2016) was a commercial success and featured the hit single "Congratulations". In 2018, the album broke the record for most weeks on the US Billboard Top R&B/Hip-Hop Albums chart after it reached its 77th week on the chart. His second album, Beerbongs & Bentleys (2018), debuted at number one on the US Billboard 200 albums chart and featured the US Billboard Hot 100 singles chart number one singles "Rockstar" and "Psycho". Beerbongs & Bentleys was nominated for Album of the Year at the 2018 Grammy Awards.

Hollywood's Bleeding debuted at #1 on the US Billboard 200 albums chart, making it his second album to top the US albums charts.

The album has been supported by six singles: "Wow", "Goodbyes", "Circles", "Enemies", "Allergic", and "Take What You Want". The first three songs peaked at number two, three, and one on the US Billboard Hot 100, respectively. The album also includes the Billboard Hot 100 number one single, "Sunflower", a collaboration with American rapper Swae Lee, from the Spider-Man: Into the Spider-Verse soundtrack. 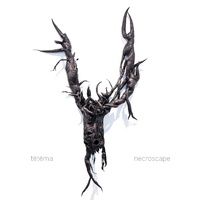