After releasing their eighth studio album Tasmania in March 2019, the band embarked on a local Australian tour; their first since 2017. After this, the band then toured in the UK and Europe.

Sessions was recorded over a string of performances in Europe in 2019, and features tracks that span across the band’s lengthy and storied discography. To promote the release of the Sessions album, the band released the single "Don't Look At The Sun (Or You'll Go Blind)", an updated live version of a song featured on their debut studio album Psychedelic Mango. 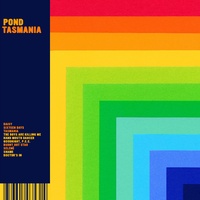