The album was recorded at The Icehouse, a local studio in Yeovil. Critically lauded both on release and retrospectively, the album contains the singles “Dress” and “Sheela-Na- Gig”.

Speaking to Filter magazine in 2004, Harvey said of her debut album: "Dry is the first chance I ever had to make a record and I thought it would be my last. So, I put everything I had into it. It was a very extreme record. It was a great joy for me to be able to make it. I never thought I'd have that opportunity, so I felt like I had to get everything on it as well as I possibly could, because it was probably my only chance. It felt very extreme for that reason."

The album was released to critical acclaim and has since been featured on several best-of-all-time lists. It was ranked #70 on Rolling Stone's list of the "100 Best Debut Albums of All Time" and #151 on NME's "500 Greatest Albums of All Time" list. Dry is also included in the book 1001 Albums You Must Hear Before You Die.

This album is back in print again after more than 20 years.

This album is a 2020 reissue on black vinyl with remastered audio, printed inner sleeve and download code, pressed in the UK via Too Pure. 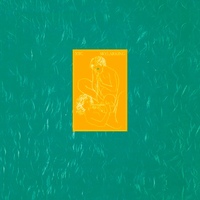