Some of the songs, like Don't Lose My Number and Sussudio, were based around improvisation. Other songs, like Long Long Way to Go, had a political message.

One More Night, Sussudio, Don't Lose My Number, and Take Me Home were released as singles, with corresponding music videos. All four singles were top ten hits on the Billboard Hot 100 chart, with Sussudio and b"reaching number one. The three singles that were released in the UK all reached the top 20 on the UK charts.

The album was received favourably by the majority of music critics, although opinions have become more negative in subsequent decades and it has rarely been featured in "Best Albums of the 1980s" lists since. It won three Grammy Awards including for Album of the Year in 1986. Stephen Holden of The New York Times wrote that Collins was "quietly revolutionising and expanding the role of the drums in pop record making". Rolling Stone reviewer David Fricke wrote that, "Like his '81 and '82 outings, Face Value and Hello, I Must Be Going!, No Jacket Required is not an album that waits to be liked".

The album is named after an incident at The Pump Room restaurant in Chicago, Illinois. Collins, entering the restaurant with former Led Zeppelin lead vocalist Robert Plant, was denied admittance because he did not meet the restaurant's dress code of "jacket required" for dinner while Plant was allowed in, despite Collins wearing a jacket that was deemed not "proper".

Collins' most commercially successful solo album, it went on to peak at number one in several countries, including the US (where it was at the top of the charts for seven weeks), the UK and Canada. According to the RIAA, the record sold over twelve million copies in the US, and in the UK, the album sold over two million copies, and was certified 6× platinum. It was the second best-selling album of 1985 in the UK, beaten to first place by Dire Straits' Brothers in Arms. Worldwide, the album has sold over 25 million copies.

Following the release of the album Collins embarked on the successful No Jacket Required World Tour. At the end of that tour, Collins received critical acclaim for performing at both the London and Philadelphia Live Aid concerts on 13 July 1985.

This LP Record is part of the 2015 Phil Collins Remaster Series on 180 Gram Audiophile Vinyl with a Printed Inner Sleeve, pressed in Europe. 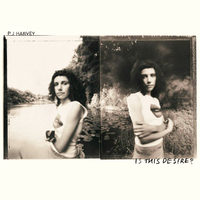